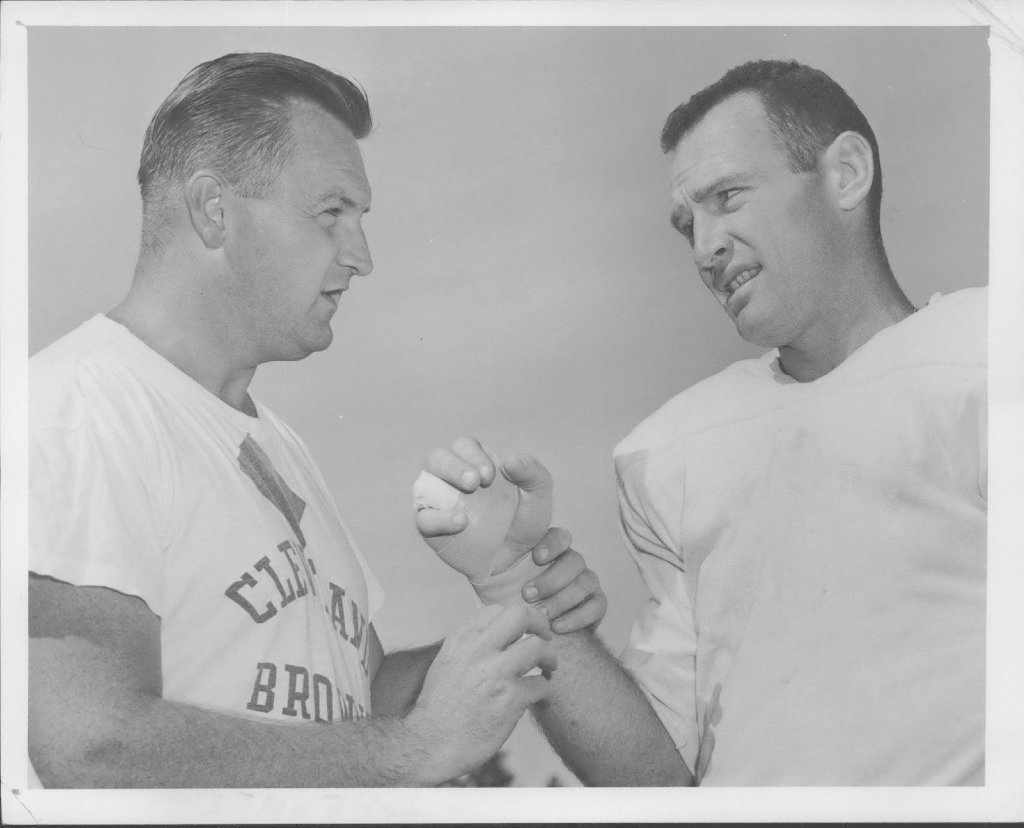 We are saddened to announce the passing of Leo Francis Murphy, legendary, long-time Head Athletic Trainer for the Cleveland Browns on Saturday, July 28, in Strongsville, Ohio, with family there in loving support.

Born in Elmira, New York, October 24, 1923, Murphy, 94, was a 1948 graduate of the University of Notre Dame where he played both baseball and basketball on scholarship. Following college, Leo worked for the Chicago Rockets and the New York Yankees of the All-America Football Conference.

When the Cleveland Browns joined the NFL in 1950, Paul Brown hired Leo as athletic trainer. The Browns won the NFL championship that very first season and again in 1954, 1955, and 1964. In an athletic world of rapid turnover, Leo remained Browns Head Athletic Trainer for 40 years, ending his career as Athletic Trainer Emeritus through the 1989 season.

Over the course of his career with the Browns, Leo was recognized for many contributions to the development and implementation of criteria, standards, and practices that helped establish athletic training as the profession it became. Of particular consequence was his work developing helmet face masks following an injury to Browns star quarterback Otto Graham in 1953.

Among the many honors Leo accumulated in his long, distinguished career were his 1982 induction into the National Athletic Trainers’ Association Hall of Fame, his 1990 induction into the Ohio Athletic Trainers’ Association Hall of Fame, and the establishment in 2012 by Cleveland Touchdown Club Charities of the Leo Murphy Memorial Field and Equipment Grant, an annual award to support non-profit youth football in the Cleveland area.

Leo was a popular public speaker and a tireless ambassador for the Cleveland Browns. He was a renowned story teller whose front porch in Medina was typically populated by children and parents, neighborhood friends, and former players and coaches listening to the man who was an integral part of four NFL championship teams. His great sense of humor and memory for hundreds of jokes, stories, and people were well known. He was also an accomplished jazz pianist and a good golfer, and an admirer of W.C. Fields.

Leo married Betty Horvath in 1947, and they had two wonderful children. He lost his beloved wife to cancer after 45 years. He was fortunate to find a new, loving partner, Ellen Jack, for 24 years. Leo is survived by Ellen, his daughter Nancy Murphy Wiseman of Williamsburg, Virginia; his son Martin Michael Murphy of Southport, North Carolina; and three grandchildren, five great-grandchildren, and many, many friends.