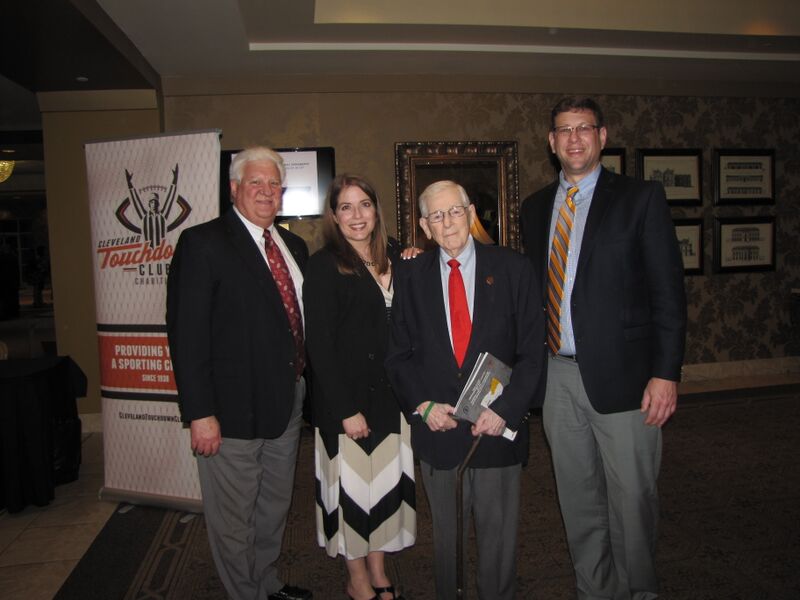 Bobby was a wonderful husband, family member and friend who was both caring and compassionate. Bobby always put others' needs well before his own and all the way up until his death.

Bobby loved Dorothy, his beautiful wife of 70 years who kept him on the straight-and-narrow and grounded. Dorothy was the same way -- a beautiful; person. They were partners and that's why they were married for 70 years.

Bobby loved sports, and in particular football and basketball. As an official for more than 50 years (56 to be exact), he refereed the game and never wanted to be in the spotlight. He loved to mentor younger officials, helping them learn the game, positioning and how to handle difficult situations. He loved to teach. As an officials assignor and observer, and in general as a person, Bobby was always well-organized and ready to make a difference.

Bobby was a member of the NCAA, Ohio Basketball, Greater Cleveland Sports Commission, OHSAA football and basketball halls of fame, but never made that a priority. He was the first basketball official to be inducted into the Ohio Basketball Hall of Fame.

In 1972, he was selected for the Hall of Fame of the International Basketball Officials. Bobby was also elected to the Ohio High School Athletic Association Officials Hall of Fame. In 1994 he was named an Honorary Member of the Ohio High School Basketball Coaches Association. He officiated basketball for 32 years at the high school and collegiate level including District, Regional and State tournaments.

He served terms as the Parma School Board President in the 1960s and head the Cleveland Touchdown Club from 1984-85.

Bobby will be missed dearly. It will be a big void, but the impact that Bobby Brown had on so, so many people will last a long time. It is his legacy, and it is a legacy of care, compassion and love.